I recently found this wonderful archive on the Internet. There is lots of historic information on the area, this is a link to it:
Internet Archive - Texts

Below is an excerpt from

from the 1892 - 93 session, it makes for fascinating reading. Here is a link to it if you want to read more: Transactions and Journals of the Proceedings of the Dumfrieshire and Galloway Natural History and Antiquarian Society 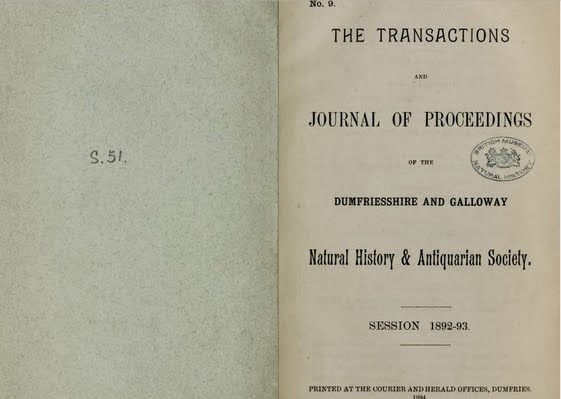 Below I have included a section on the Parish of Colvend which included Kippford and Rockcliffe.

Nowadays the name Colvend is generally held to refer to a village and not the Parish. (Although it is still the Parish of Colvend). The village we know as Colvend was originally the village of Loch End as it clustered around the Southern end of White Loch. You can still see the building that used to be the Smithty, a single story, simple barn like building that stands gable on to the road (A710). It is now used as a garage for the appropriately named Forge Cottage.

It gives a wonderful insight into the history of the area and suggests that the Parish of Colvend should be a model for other Parishes and Districts. Happy reading!

Colvend differs from the majority of parishes, which, as a


Posted by Riverview Lodge: in the picturesque sailing village of Kippford at 19:16