Rockcliffe to Castlehill Point: A walk for spectacular views over the Solway

Rockcliffe to Castlehill Circular Walk
2 miles allow 1hr to 1.15 hrs
Footwear: Sturdy/walking boots or wellies when it's been raining.


This is a pretty walk where you follow the coast so you have great views at all times. I did it at 7pm and the sun came out. The wild flowers were beautiful. The path was a little slippy underfoot, but it had been a wet day. Not my best photography as taken with a phone. I will get my new camera out next time.
As you walk along this stretch there are plenty of little paths off to the right to the shore and a few lovely benches to sit and admire the view over the Solway.

Carry along this path and over wooden foot bridge (below). The path then splits take to path to the right so you are close to the shore. 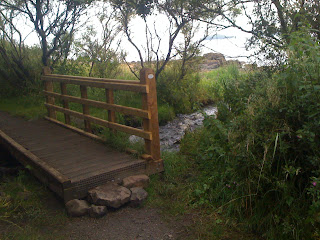 At low tide you may see Mallard and  Wigeon. Along with various waders like Oystercatcher, Redshank and Curlew. 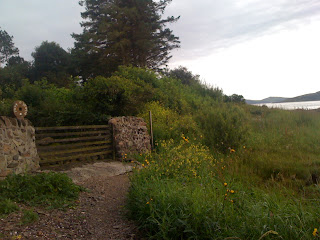 The path then opens out on a peeble beach but follow the curve around and head towards Port O' Beagle cottage and you will pick up the path again. 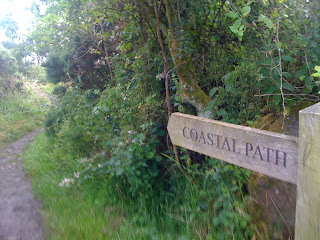 Back in to an area of hedgerow follow coastal path (you will see a few paths going up left ignore these thse bring you along the gravel lane to the camp site, the route we take back to the village)

The story behind the grave of Joseph Nelson, which lies adjacent to the shore path (OS Map ref NX 852 528) is told in the History of Galloway dated 1841: -


'At the mouth of the Urr the headland of Castle Hill stands out boldly, bearing on its summit vestiges of an old Norse fortress. Here, in January 1791 a smuggling vessel from the Isle of Man went ashore and all hands were lost. Only one body, that of Joseph Nelson of Whitehaven, was cast up the following July. It was buried where it was found and where later his widow caused a stone to be erected'


Joseph Nelson was 69 years old and was buried on the shore rather than a cemetery as he was believed at the time to be a smuggler. Later his wife placed the gravestone in his memory.

Just after Nelsons Grave go through Kissing Gate and up small incline to the meadow. 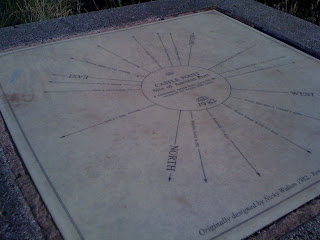 Castle Hill is the site of an ancient fort which was occupied in the iron age. You can see the mountains in the Lake District, St. Bees Head and the Isle  of Man on a clear day from here.
Grid Ref NX8552


The sure of foot may want to pass though the kissing gate and scramble down the path to the pebbled visible beach below. It's a bit of a pull back up but well worth it!

To return back to Rockcliffe, retrace your path back to the edge of the meadow and at the point where you entered meadow carry along the edge of the field and through a gate. Please make sure all gates are closed. Follow the road past a few houses and through the caravan site. After a small slope at a small bridge where the gravel road turns to tarmac either turn left and you will be back at the wooden bridge along the path near the coast and follow the path back to village. Or carry straight on Barcloy Road until you join the road in to Rockcliffe and turn left down the hill back in to the village.
As always all images are copyright of the blog writers. Please do not use or reproduce them without permission. Thank you.
Posted by Millbrae House, Rockcliffe at 16:04